A long-time champion of CFA Montréal steps down: a tribute to Honorary President Frederick Chenel 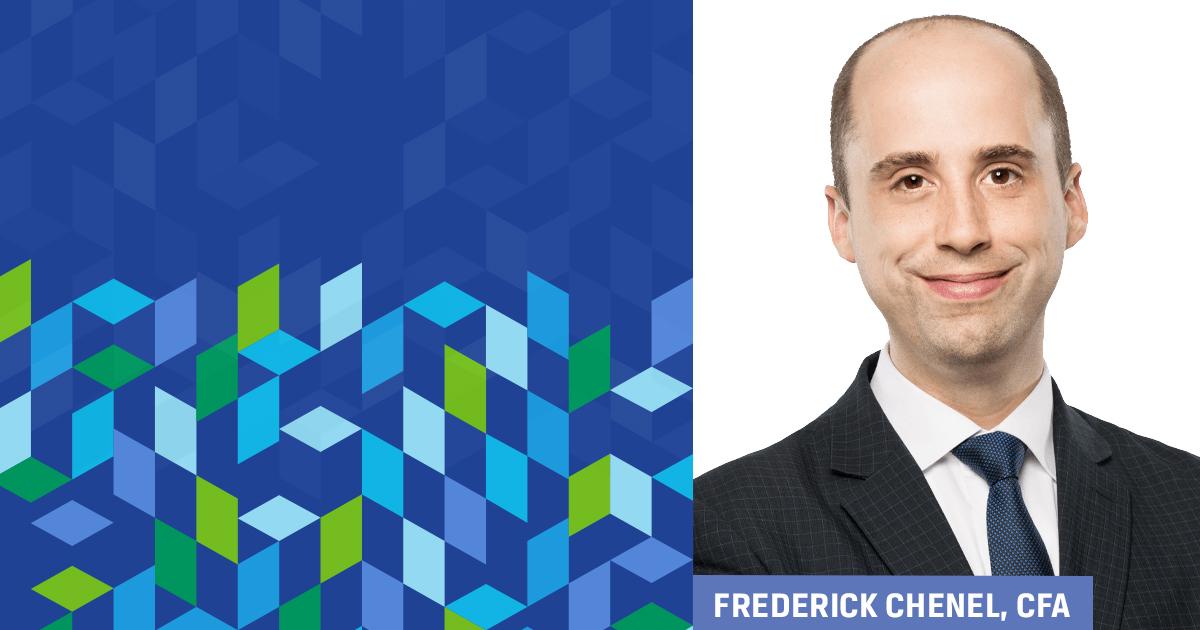 After eight years of service to CFA Montréal, Frederick Chenel, CFA, a stalwart advocate for the organization and the profession, and an attentive, thoughtful leader, is hanging up his hat as the Honorary President of the Board of Directors. He has played a key role in the growth and development of the Society through a series of tangible initiatives that have helped shore up its governance procedures, secure its sustainability and heighten its visibility.

Chenel became the President of CFA Montréal in 2017. His previous experience with the Society prepared him well for this new challenge. In 2014, a few years after earning his BCom degree with a major in finance from McGill University and becoming a CFA charterholder, he began volunteering with CFA Montréal as a university event organizer. A year later, he joined the Board of Directors as Secretary and head of the Governance Committee.

By the time he ascended to the presidency, Chenel was already intimately familiar with how the organization worked. He felt strongly about making Montreal a world-class financial hub and considered himself an ambassador for local industry and business community stakeholders. It is a role he embraced with distinction and determination.
But it is his ability to drive innovation and forge connections, both with his fellow board members and with other committees and CFA Montréal’s administration, that has been the key to his success. This mindset is largely responsible for his being named 2019 Volunteer of the Year for the Americas at the Global Society Leadership Conference.

In 2018, he invited Paul Smith, then President and CEO of the CFA Institute, to come talk about changing standards in the financial industry in light of the 10th anniversary of the 2008 financial crisis. The event received widespread media coverage and raised the Society’s profile to unprecedented heights.

“Frederick Chenel has been an incredible ally for CFA Montréal and given his all to whatever endeavour he has undertaken. His generosity, composure and wisdom have shone through in every aspect of his leadership. On behalf of the entire team, I thank him for having given so much of himself to our organization over the years,” said sitting CFA Montréal President Odrée Ducharme, CFA.

Here are just some of Chenel’s achievements during his tenure:

Thank you, Frederick, for your many years of hard work and commitment, and for the indelible legacy you are leaving us with. Your involvement is the reason our members, and the financial and investment industry as a whole, value what we do so highly.

ESG Regulations and Reporting: What Should Investors Expect to See?

Prepping for the CFA Exams

An error has occured:

The promo code is expired or invalid

The promo code "" was added to your session!